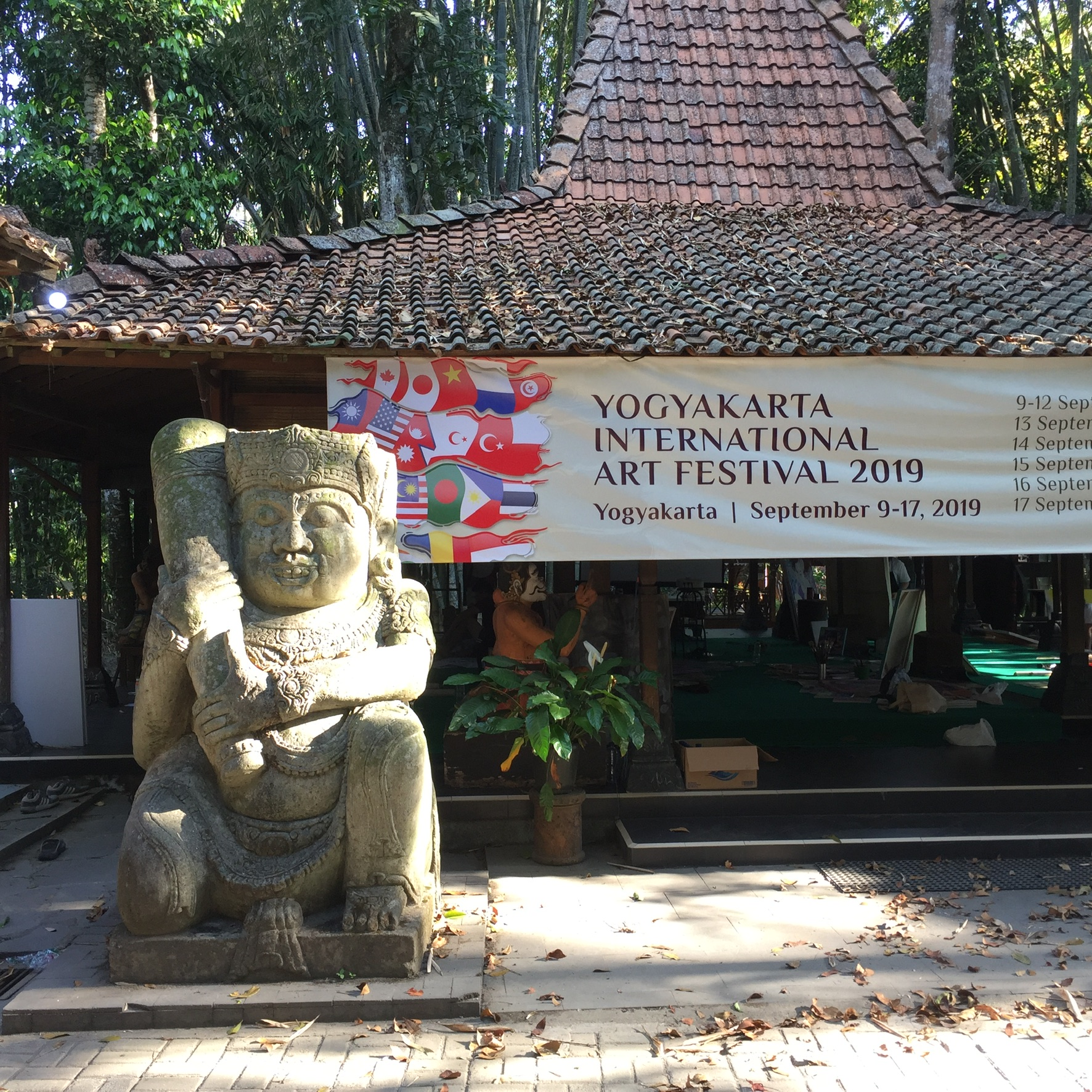 To be in the nature in Java at Omah Petroek is a overwhelming beautiful experience to me as a Westerner coming from a country with a complete artificial environment and nature. I was painting close to and under Bamboo trees and next to a river down in the valley. Nature was very close to me and I became part of it.

I started with the black and white painting in which I literally tried to capture the light and shadows falling through the leafs and the trees on my canvas. Because of the wind the pattern came in constant moving and changing positions. In the second painting the vibrating pattern of light and shadows plays a role too. But in this painting I tried to add a layer of mystic to it; the sounds of the bamboo, the wind, the falling of branches and leafs and the animals swirling around me. A special gift came to me when a large green snake came from a tree close to me. This was the first time in my life I saw I a snake and I was very excited about it. What a beautiful creature! I did not feel fear but great happiness and curiosity. When I wanted to take a closer look I realized it could be dangerous so I went to alarm the artist close to it. When I wanted to show him, the snake was already gone in the green bamboo forest. What a blessing..

The next day we moved to work at the public spaces at the university of Yogyakarta. My first painting in black and white was ready, but the second one I was still working on. I was completely   focused on my painting so I did not notice that three girls came sitting behind me. When I looked up and greeted them the student in the middle told me that she loved my painting. That it remembered her at her childhood in the village when she was playing with the bamboo trees. How her mother warned her not to go in the bamboo forest because of the ghosts and the snakes. And a whole lot more she told me.

Nobody could have ever given me a more beautiful gift then these girls. I knew my painting showed exactly what I tried to express, at least in their eyes, and from that moment on I knew my painting was finished. I asked them to tell it on video and that’s what they did. Lucky day again…

This site uses Akismet to reduce spam. Learn how your comment data is processed. 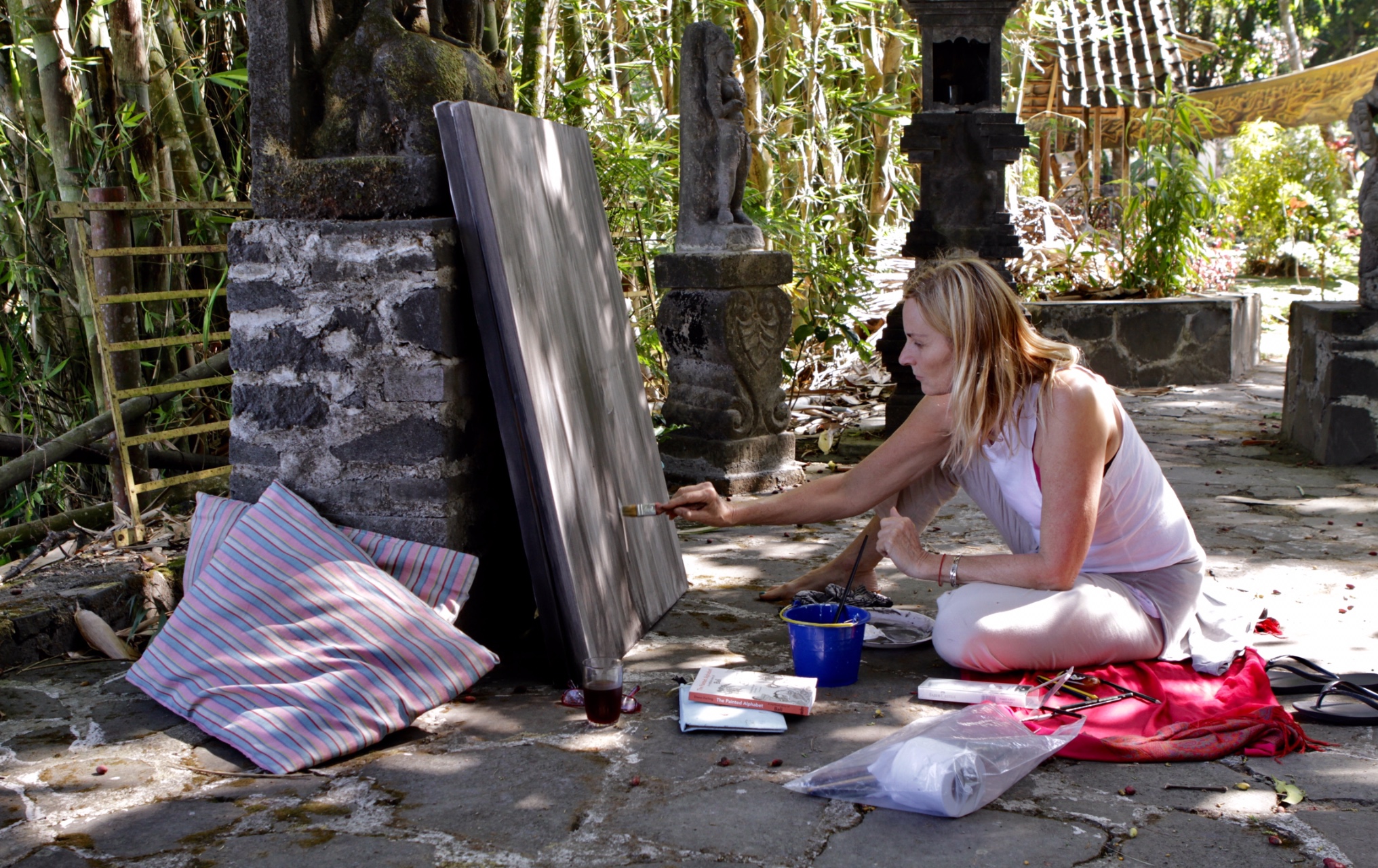 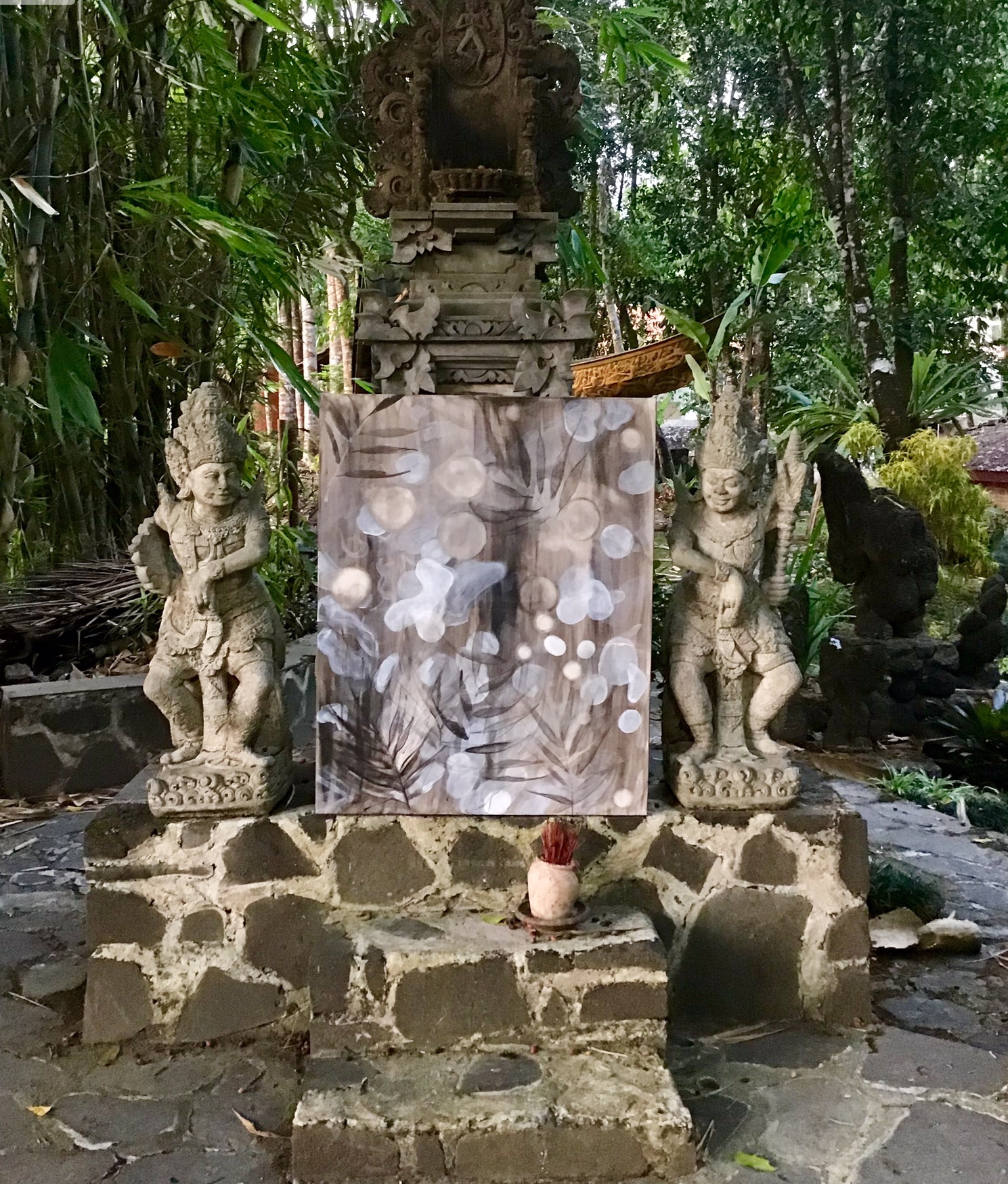 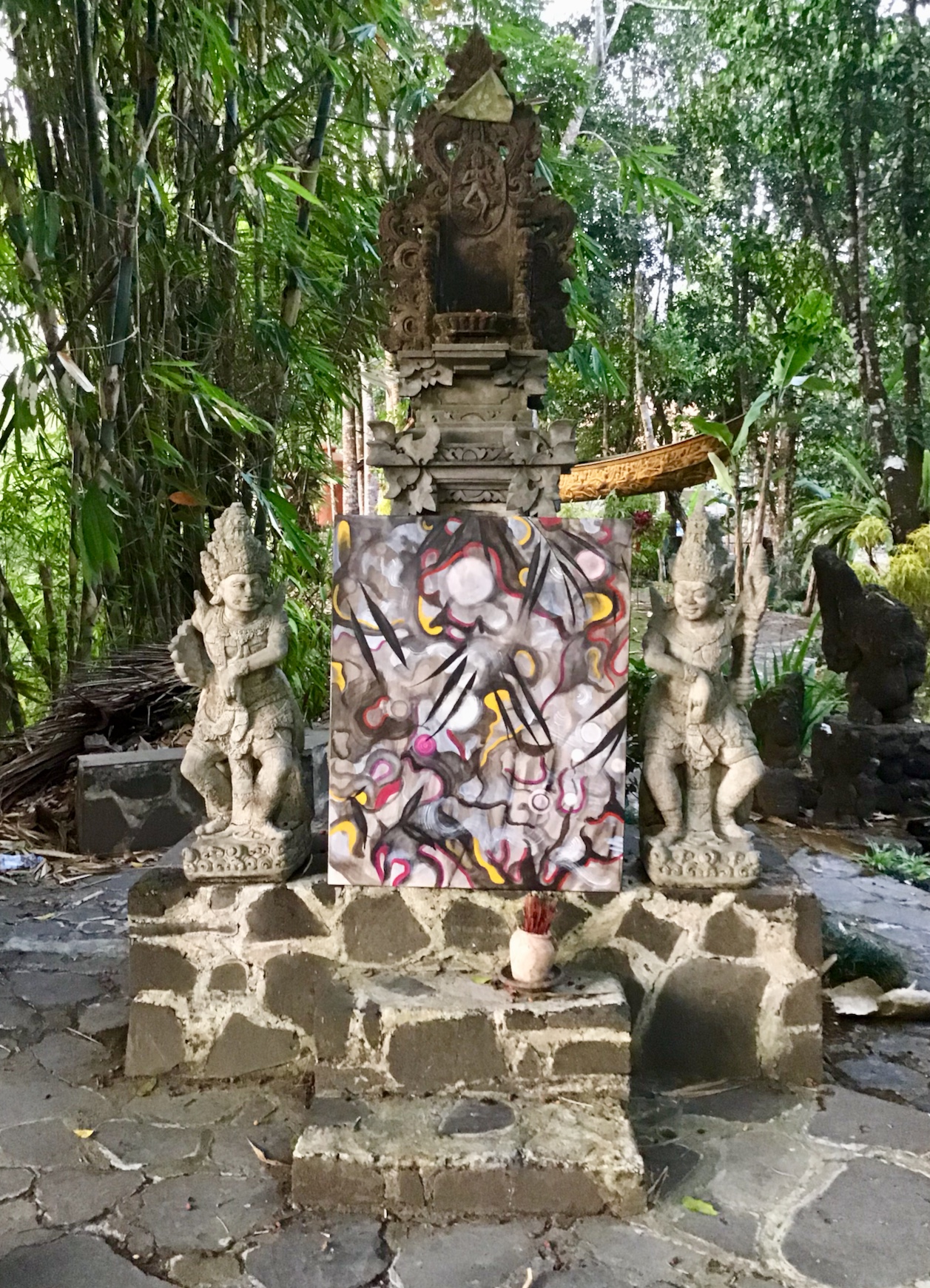 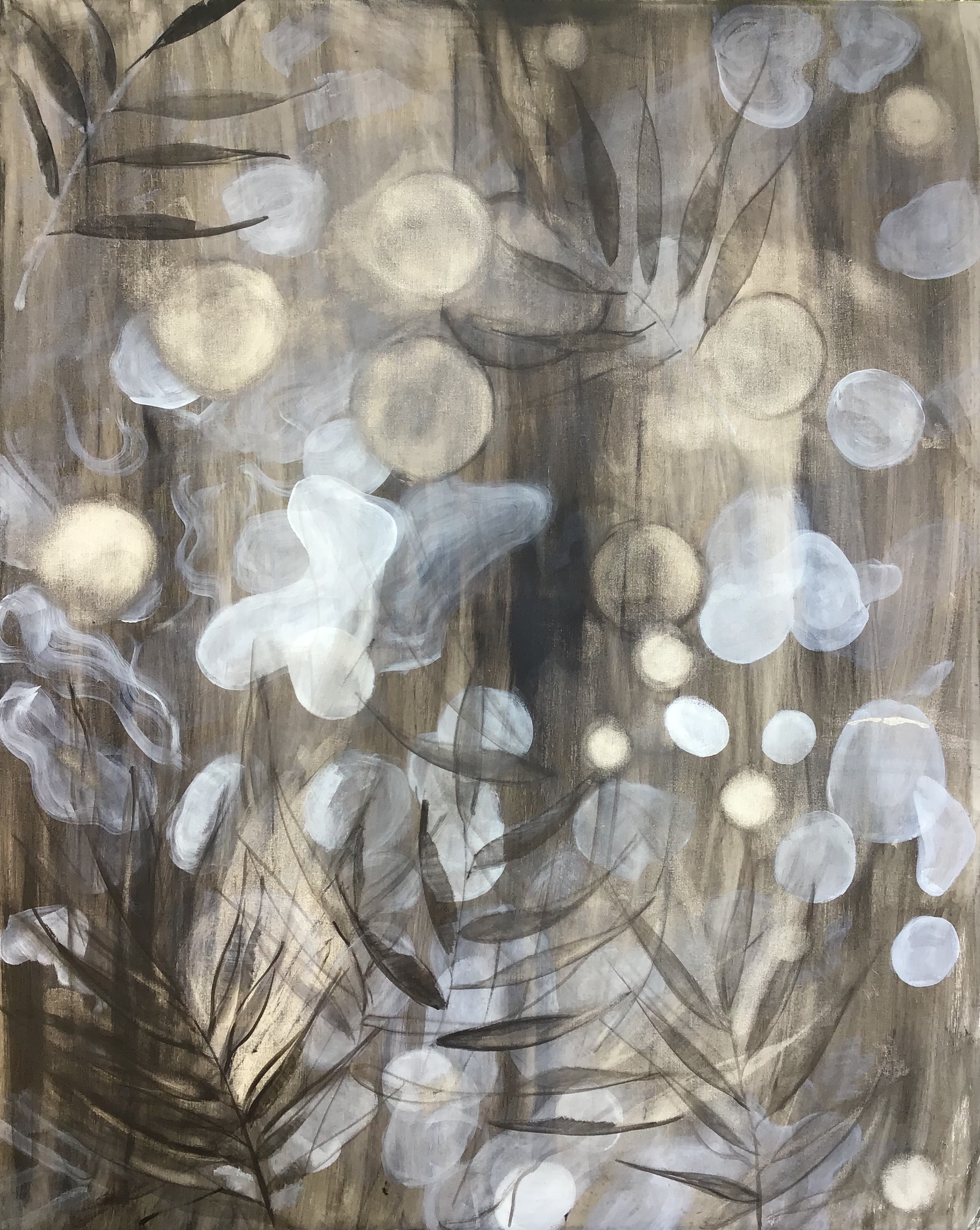 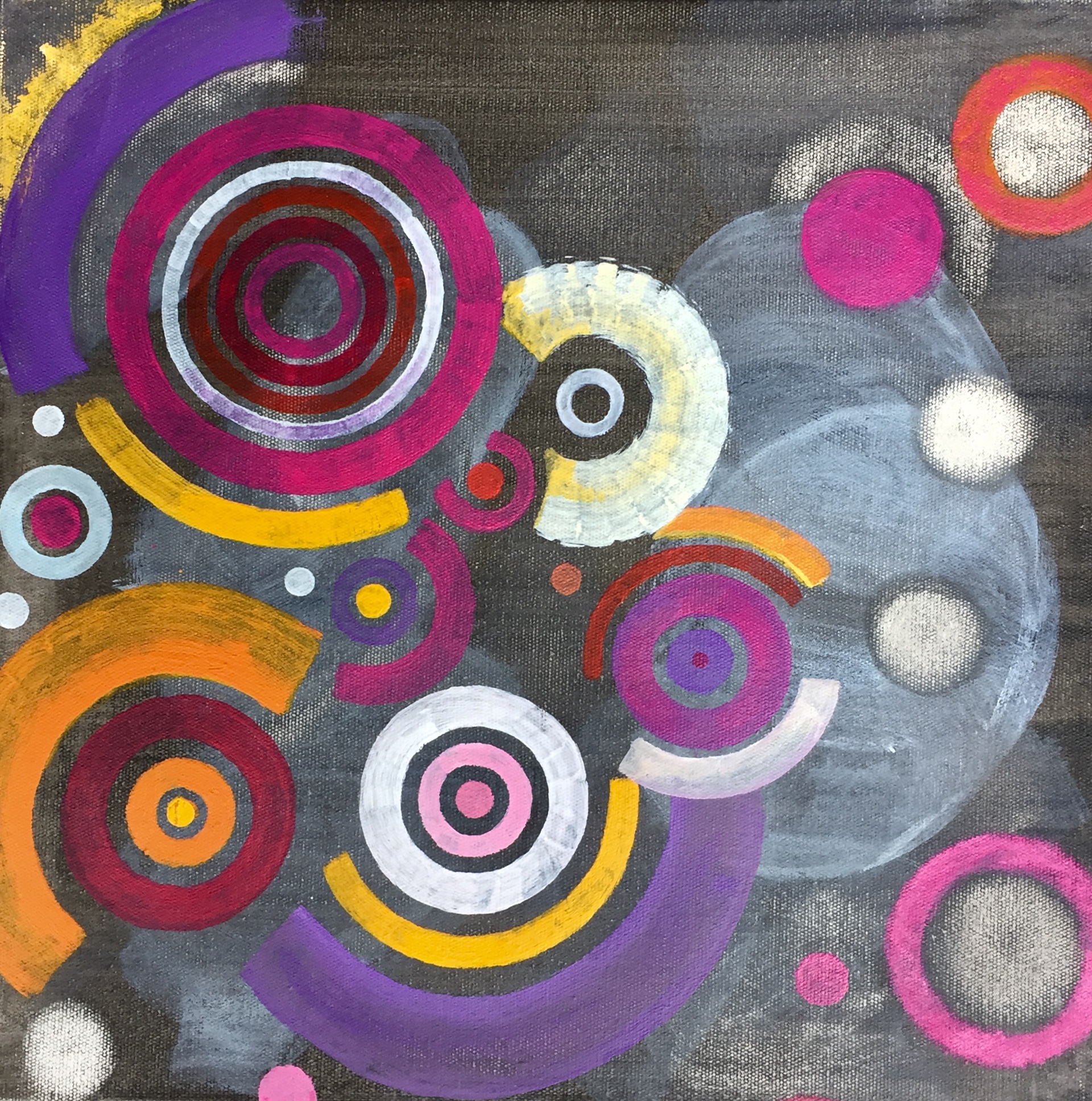 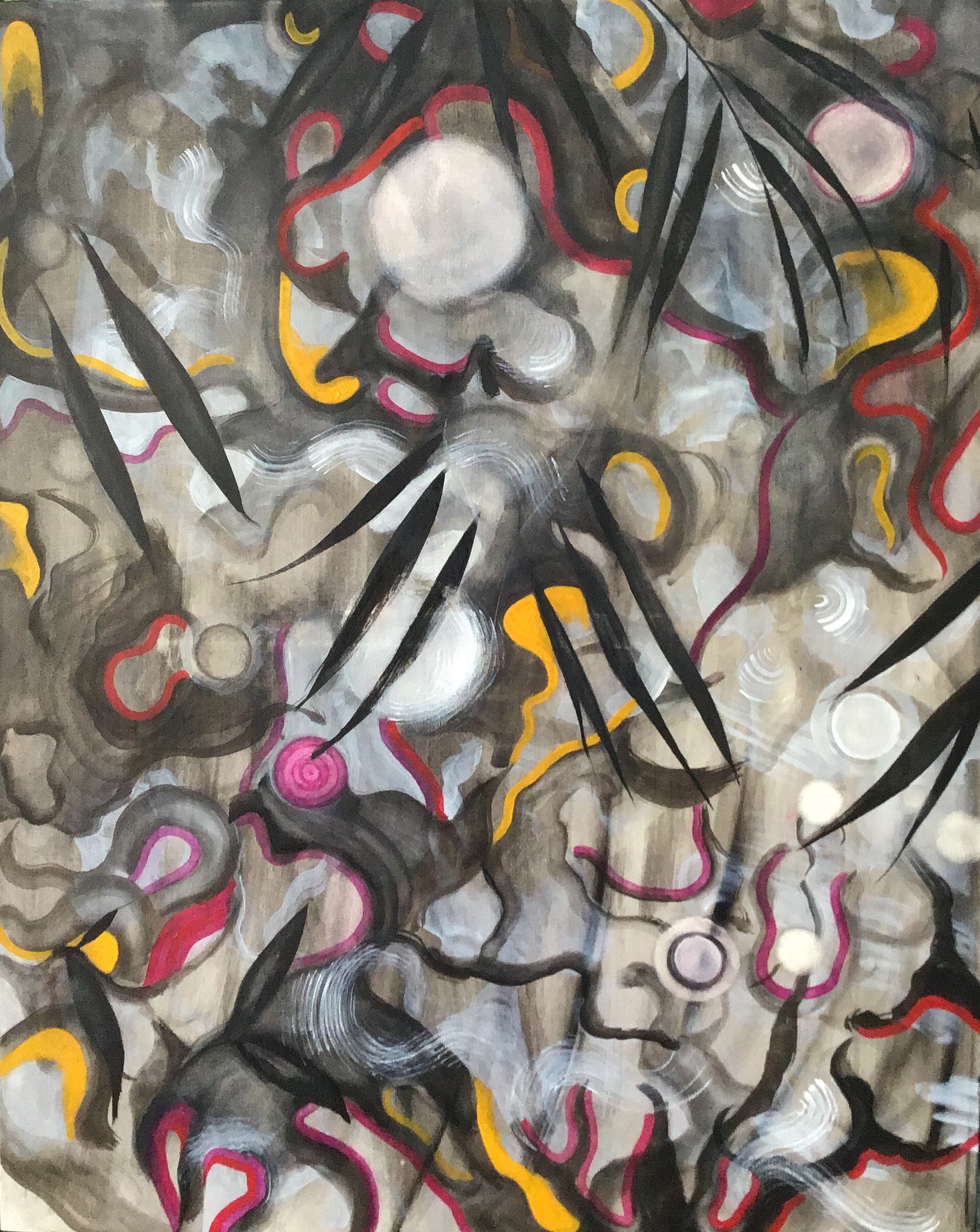 © all rights reserved by Marianne Venderbosch